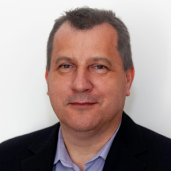 Currently Chief Aviation Advisor at the Aviation Division of MoD HM EI Ltd. He served the Hungarian Air Navigation Service Provider (ANSP) in various positions, including Legal Director, Alliance Director and Advisor to the CEO (2008–2014). He was the Permanent Representative of Hungary on the Council of the ICAO (2004–2007) and Vice-President on the Council of the ICAO (2006–-2007). Prior these positions he had worked since 1989 at MALÉV Hungarian Airlines as Flight Operation and Navigation Officer, Crew Manager, Legal Advisor and Legal Director. He completed law studies at Eötvös Loránd University (ELTE) Faculty of Law in 2000. In 2001 he won a full scholarship to study at Leiden University at the Institute of International Air and Space Law (IIASL), graduating with a Master’s degree (2001–2002). He also completed ELTE University Doctoral School, graduating with a PhD in 2018. He has been teaching international air and space law at ELTE University, Faculty of Law at the Department of International Law for more than 12 years. His new book on International Aviation Law will be published in English in 2021.

Articles from the Author

The Dogmatics and Modernisation of International Conventions on Aviation Security